My debut novel is coming out in August (2017). Based on historical facts, LOST BOYS tells the story of Reza, a 12-year old Iranian boy who lives for music and hanging out with friends. Then the Revolution of 1979 and the Iran/Iraq war take away not only his music, but too many people he loves. In his despair and at his mother’s urging, he signs up to fight. Reza ends up in an Iraqi prisoner of war camp where he must find a way, through music and friendship, to forge his own path.

I’m often asked “what made you write this book?’ It’s a good question. The seeds were planted on a radio show. Terry Gross, on a program called Fresh Air interviewed the author P. W. Singer about his book Children at War. The book looked at the use of child soldiers all over the world. His discussion of what happened to a generation of Iranian boys took only a few minutes of the interview, but I couldn’t stop thinking about it. My first thought was, someone needs to tell this story. My second thought was, that someone is not me. For months I did my best to run away from this idea. I ran because this was not my story to tell. I‘ve never been a thirteen- year- old boy. I’m not Muslim. 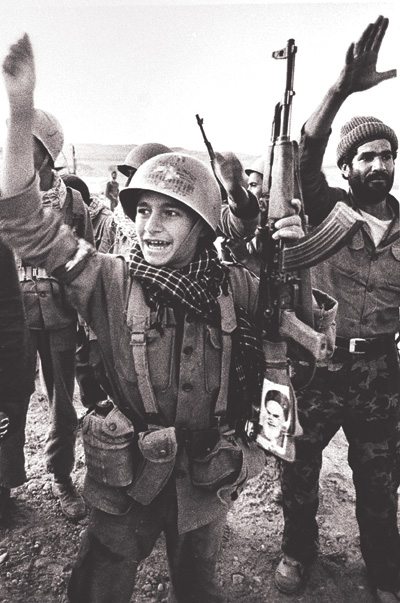 Still, I couldn’t stop thinking about what it must have been like to be these boys. I’d read the wonderful graphic novel PERSEPOLIS by Marjane Satrapi, which tells the story of this period of time from a girl’s perspective, but the boy’s side hadn’t been told. The story wouldn’t let me go. Growing up Jewish in a Mormon community I’ve always been fascinated by the journey we take from the religious ideas and practices of our parents to owning our own beliefs. For boys like Reza, this coming- of- age experience was tangled with war.

When I was a kid I read a lot and did a lot of thinking about what it would be like to grow up in a different country or even with different parents. I think that’s also what drew me to this story. A 12-year old in the United States in 1982 was into the movie E.T. and checking out this new craze called video games, but Reza’s world had been turned upside down by the revolution. Thousands of boys like Reza went to war and either died or ended up spending years in prisoner of war camps. This experience was so far from what most people know. As I created these characters to represent the boys from this little known time in history, I did my best to do justice to their story.